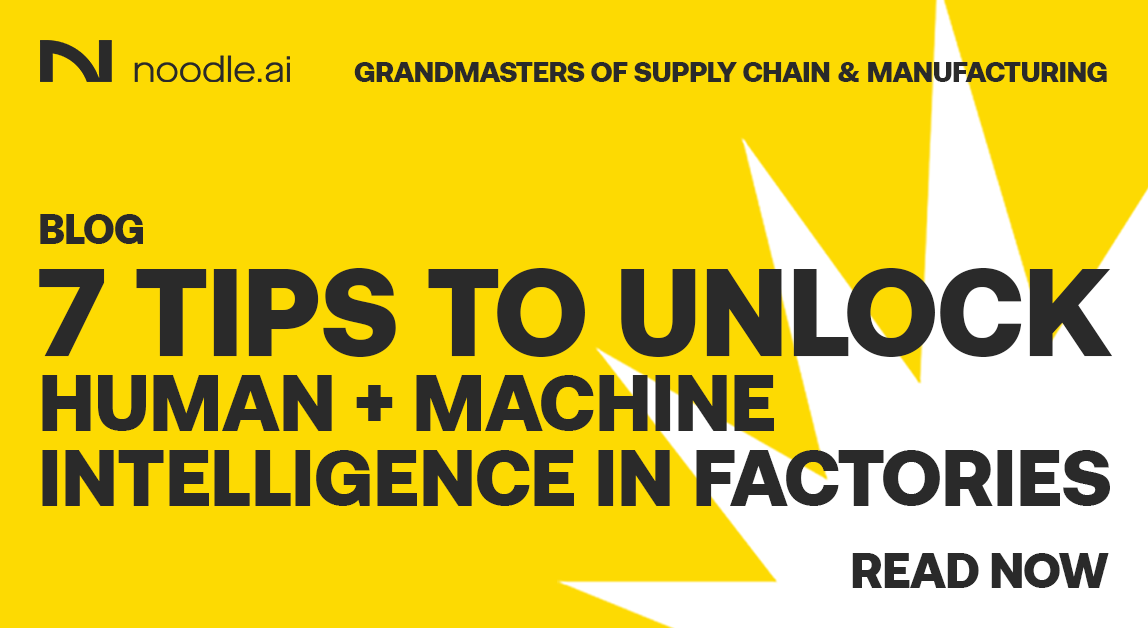 The combination of human plus machine intelligence is unlocking value at factories around the world. But those leaders surmounted one obstacle that holds back many other manufacturers: getting started.

In our “Grandmasters of Supply Chain and Manufacturing” event, customers shared their experiences deploying our solutions and lessons learned.

From the discussion, we extracted seven tips that any manufacturer, in any industry, can use to successfully add augmented intelligence to their operations.

There is no trick to the question, “Are we ready for machine learning and augmented intelligence ?” No one needs to spend years preparing for it. “Readiness is as simple as having some sort of historian that is capturing process data,” said Nathan Goebel, Plant Manager for advanced materials company, Materion. For automotive supplier, Cooper Standard, its augmented intelligence journey started with collecting data off equipment and “going into the back room and rolling up our sleeves,” said Chris Couch, Cooper’s Chief Technology and procurement officer and CEO of Liveline Technologies, an industrial automation startup.  “The idea that you can start with what you’ve got and then build up from there is a really powerful one,” agreed Noodle.ai’s Jeffrey Alpert, VP Enterprise Services.

Identify the problem you want to solve and make sure it has sufficient ROI. Framing it correctly is one of the biggest challenges. Sift through the data potential and frame the problem in a way that allows you to see what’s important. “It’s not let’s build the fancy thing and slim it down… and, you know, it’s not easy to get really accurate models sometimes. But it turns out for what we’re doing, we just want to know, do we turn the controls up or down? And it turns out that’s much easier to high directional accuracy”, Couch said.

3. Get humans in the loop from start.

Adding technological solutions to practically anything works better if people who’ll work with them buy into the idea. After all, it will be the humans who’ll correctly frame the problem. “AI is the ultimate at finding correlations, but it doesn’t understand context sufficiently. That’s where you need your …. experts,” said Heath Stephens, digitization leader of systems integrator, Hargrove Controls + Automation. “AI is like the ultimate cold eyes review… but no matter what, plant operations has to be bought in without that, or it’s not going to work”

Don’t just measure everything. Measuring everything leads to massive amounts of data but not very much intelligence. Ask yourself, what’s the minimum set of data and features that we need? What’s the minimum level of complexity to get workable results? For instance, any piece of machine or manufacturing line can kick off thousands of data streams. Ask the plant experts to point out the four pieces of data that they really pay attention to. Chances are, that’s where you’ll want to start.

5. Be open to the unexpected.

Operators know their factories, their machines, their processes but they cannot duplicate the processing power of machine intelligence, which can rapidly crunch even years of data. “We have some cases where I will interview the process owners and tell us these five things are the most important. They’re right. But here’s the sixth thing they didn’t talk about. …. and they go, holy crap, we always wondered if that was part of what was happening here.” Couch said. AI and Machine Learning is “really good at picking that stuff apart and giving a much greater degree of precision. And that plus the sort of the unblinking nature of the automation running can really help in certain cases, taking the performance a huge step forward.”

“The other thing that we found that gets a lot of traction and all levels the organization is democratizing the data.” Couch said. Make data available to anyone with a vested interest through APIs or other means. Data that is silo-ed and often in raw form, is often the biggest barrier to creating value. So once it has been unlocked, make it available to the broader organization – there’s no telling what they’ll see, or devise, to add value.

7. Lean on partners who complement your core strength.

Every day, plant experts are called off long-term projects to fix short-term emergencies, such as equipment failures. Hiring a partner to focus on implementation—and using ready-to-go tools from suppliers like Noodle.ai—will increase chances of success. “It’s about velocity and where our expertise is,” said Goebel. “We’re a performance metals manufacturer. That’s our expertise. Could we have built up a data science department? It would take years and it still may be on the agenda. … We did look at one AI provider that essentially provided the AI engine … and it was almost like Microsoft handing you Excel. And we just felt that the depth of knowledge and the support and the speed at which Noodle could act was the absolute best value.”

The goal of augmented intelligence in manufacturing, as described by Memia Fendri Chekir, the World Economic Forum’s (WEF) Project Specialist, Advanced Manufacturing, is to achieve a “vision of manufacturing that is innovative, that generates growth and profitability, but that is also at the same time sustainable and inclusive.”

In its work, the WEF is driving manufacturing initiatives to do just that. Its survey of 400 executives in operation and supply chain shows that manufacturers who’re adopting advanced technologies have seen up to an 80% reduction in waste, up to 250% increases in productivity and up to 100% reductions in inventory, as well as other gains.

These are tremendous results that align with Noodle’.ais overarching mission, as our CEO Steve Pratt noted, to eliminate waste in manufacturing and align profits with the planet.

You’re more ready to get started than you think. 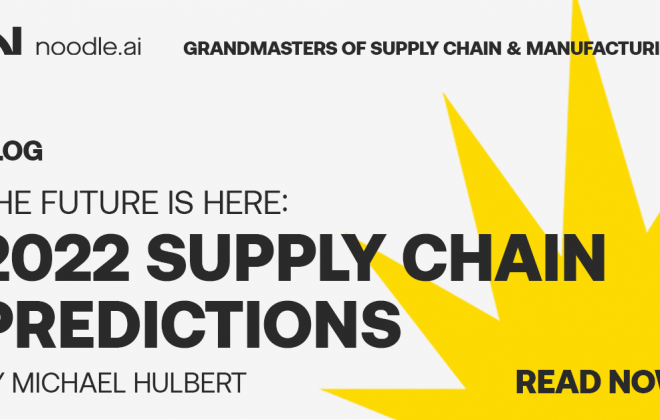 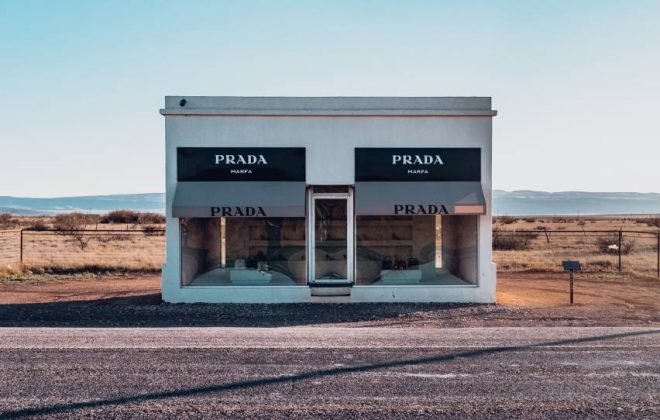 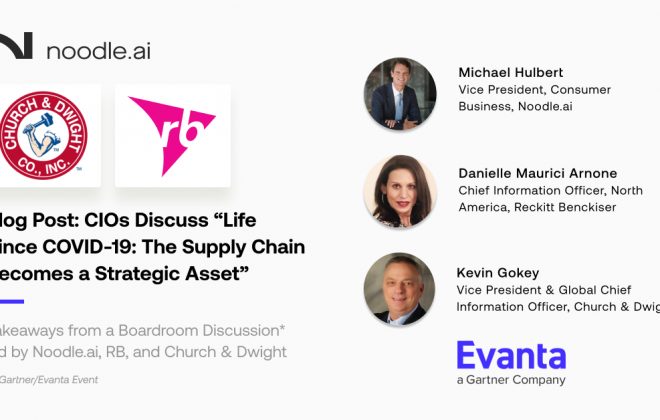